THE BROKEN LINK BETWEEN

While scholars debate just how deep Americans' knowledge of science goes (1), numerous studies have proposed that public understanding of scientific issues and ideas is indicative of an informed public (2). A scientifically-literate public should be equipped to vote on the latest technological advances, from genetics to artificial intelligence, as well as environmental issues, from climate change to fracking.

Yet a 2016 report from the U.S. National Academies of Sciences, Engineering, and Medicine found an only weakly correlated link between science literacy and support for science (3). The findings were part of a congressional directive to the National Institutes of Health (NIH) to study scientific literacy. Keen for recommendations to “improve the understanding of science and science research in the United States,” Congress was presented with a new set of challenging findings from the NIH: that science literacy, as they had been led to believe, does not always correlate with positive human behavior, such as healthier living practices (4).

The link between science literacy and support for science weakens even further when examining the issue of climate change, or global warming. With a consensus among 97% or more of actively publishing climate scientists that global warming is occurring, its origins lying with anthropogenic forces, climate science denial should be non-existent (5).

Yet results from a 2014 global report from Ipsos MORI comparing views on climate change sets the U.S., among 21 other countries, firmly at the bottom of the list in terms of belief that climate change is attributable to human activities (6). 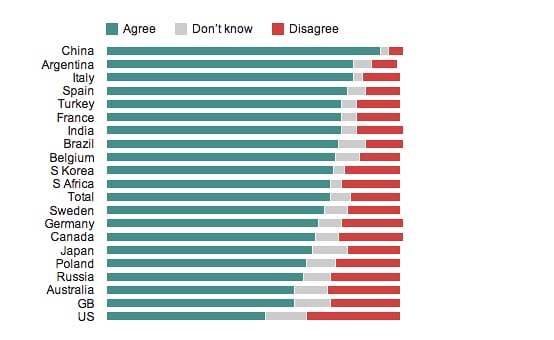 Further, the surprising results of a recent 2016 study found that higher scientific literacy and reasoning skill correlated with lower levels of concern about climate change (7). Kahan and his co-authors of the piece in the journal of Nature Climate Change compared 1,540 Americans' views on the risks of global warming with their scientific literacy and ability to reason logically and mathematically. The study's findings disprove foundational tenants of environmentalism; primarily that exposure to more facts and information will change minds.

Even more interesting were the results of Kahan et al's additional climate-related questions of participants. Those who valued hierarchy in society over equality accounted for the majority bias towards denial of science despite literacy (7).

Clearly, science education alone falls short of explaining how and why humans take action on issues of science. My own primarily quantitative media-based research the last two years as an ocean scientist turned filmmaker leads me to propose a hypothesis:

that science support is not only an issue of literacy, but of storytelling. 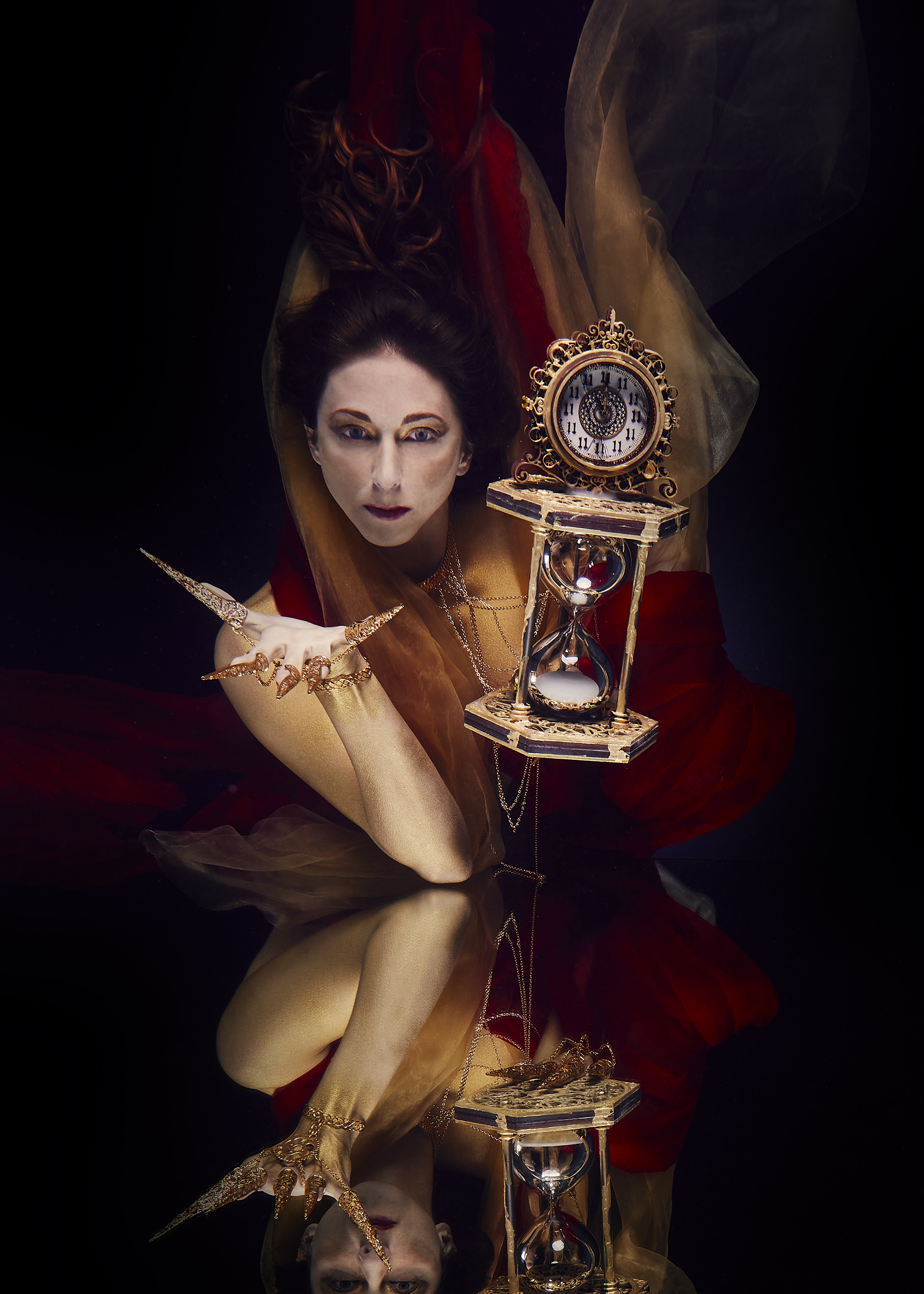 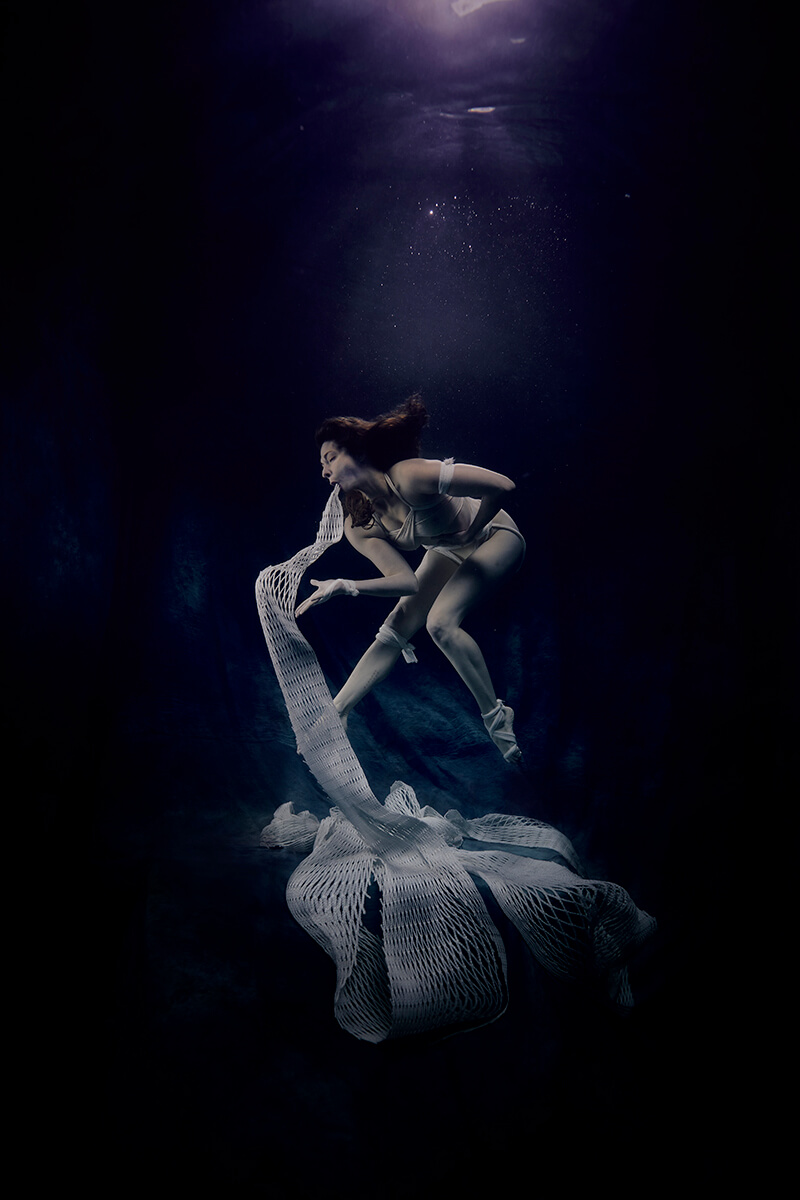 As Earth's CO2 levels have officially passed the 400 ppm mark and a Trump administration has withdrawn the United States from the Paris Climate Accord, those who trust in science are undeniably disturbed. A new digital age has risen, where entertainment reigns supreme. Facts, research and education alone are not enough.

It’s the stories we tell about them that will determine our fate, and that of the political and environmental predicaments we presently find ourselves in. History has shown us that individuals who join together to change the world create stories of who they are as a collective; what they stand for, how they act, talk, and behave in their day-to-day lives and towards one another.

These stories become the foundation of persistent, inclusive constructs that allow large numbers of people to engage with the world in new ways; constructs such as equality, love and justice, that led to the abolition of slavery, the achievement of a woman's right to vote, and the legalization of gay marriage.

With the rise of viral news sites and social media titans, such as Facebook and Instagram, the Internet has transformed into one giant blank canvas for storytelling and marketing, but only for those savvy enough to cut through the noise. While I believe I am not alone in my conviction that environmental change comes from progressive political leadership as well as individual choices, my way of influencing those choices certainly is quite singular.

Over the past two years, I’ve attempted to change hearts and minds on issues of science through an underwater photography series conveying ocean conservation as a human issue. Through the creation of emotionally-evocative, conceptual imagery and strategic viral marketing tactics, the series has amassed hundreds of press articles, 80,000 collective video views and thousands of shares, likes, and comments, on topics from ocean overfishing, plastic pollution, ghost fishing, and climate change. Yet I've only just scratched the surface when it comes to which types of stories resonate and which fail to stick.

What I know for certain is that now, more than ever, we need innovative, creative tools to reinvigorate science communication and catapult new environmental constructs to the forefront of both the public and political arenas. As Dr. Jane Goodall said:

“We can never win an argument by appealing
to people’s heads, its got to be in the heart."

With the advent of online communication networks, there's now a critical role for art and media to play in appealing to those hearts. Motivating messages built on a foundation of hope and rigorous data have the potential to reach increasingly large numbers of people online for individual and collective action on issues of science.

My media efforts have shown me that garnering science support means meeting people where they are, which for better or worse, is primarily behind a screen these days. To truly influence human behavior is a science unto itself, but my work indicates that emotionally-evocative narratives, rooted in science, that people can truly see themselves in, connect to and desire to share widely is key.

Using agenda-driven media campaigns alongside targeted online ads to impact human psychology and mold human behavior is not without pitfalls, however. Science deniers employ the same tactics, as did Cambridge Analytica on a mass scale in the 2016 election, psychological targeting U.S. citizens without their expressed consent in order to influence support for now President, Donald J. Trump.

The consequences of such storytelling and micro-targeting efforts may move us further into a world of non-consensus and mistrust, most certainly so without guided training in the realm of scientific discernment. Yet, I believe strongly that these tools are what we make them and with the battle of the stories slated only to intensify in coming years, each of us will have to decide: do I step out or further in? 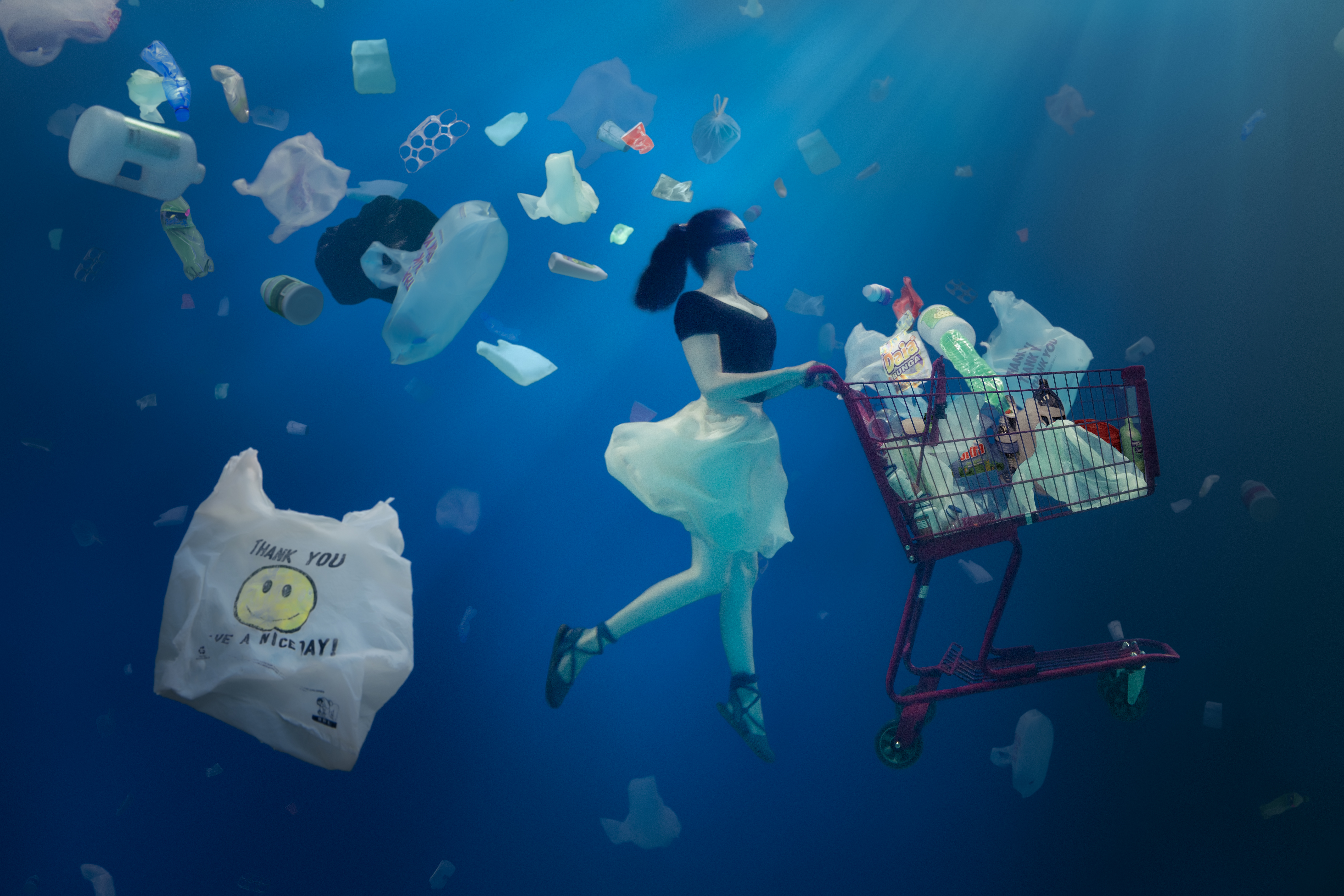 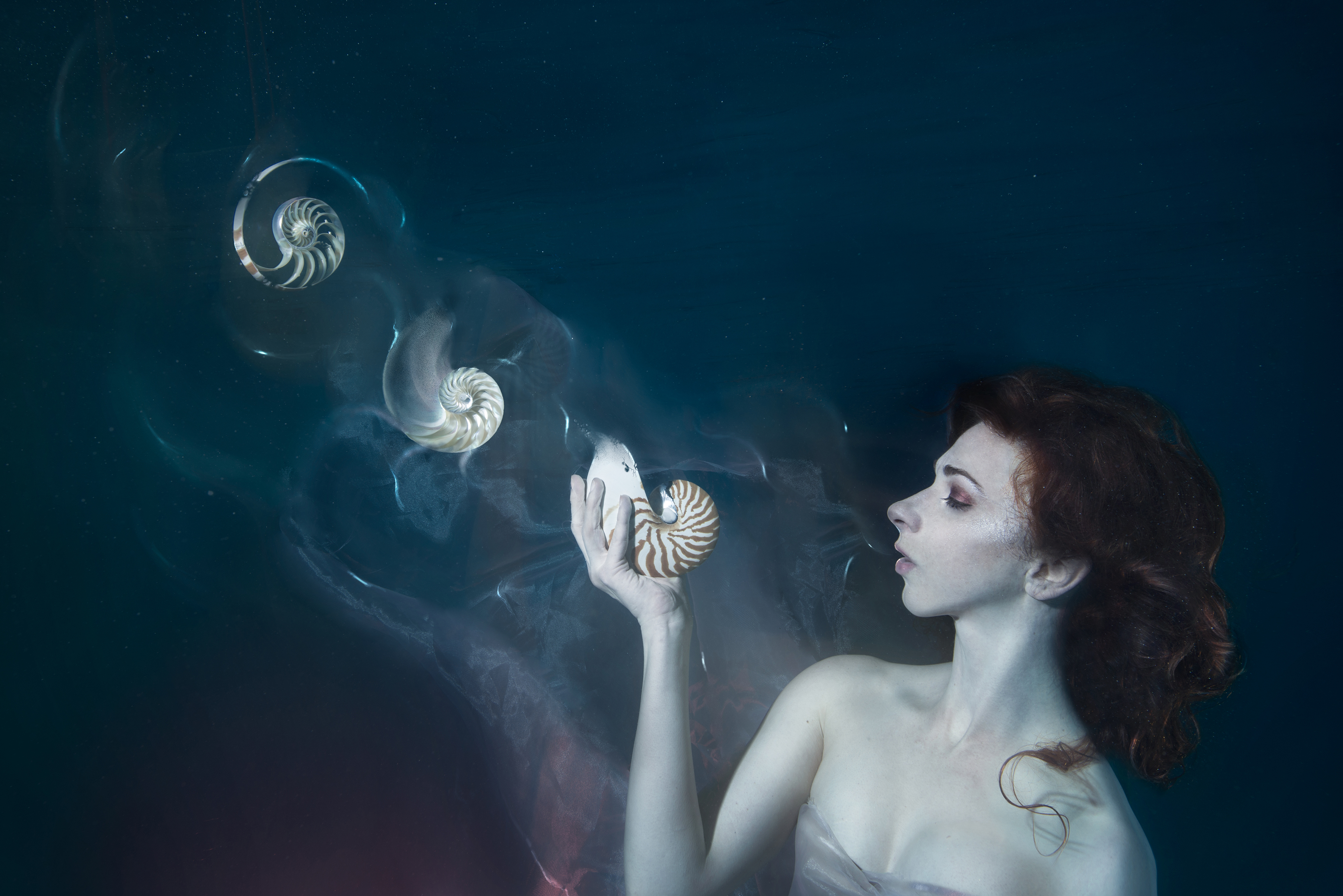